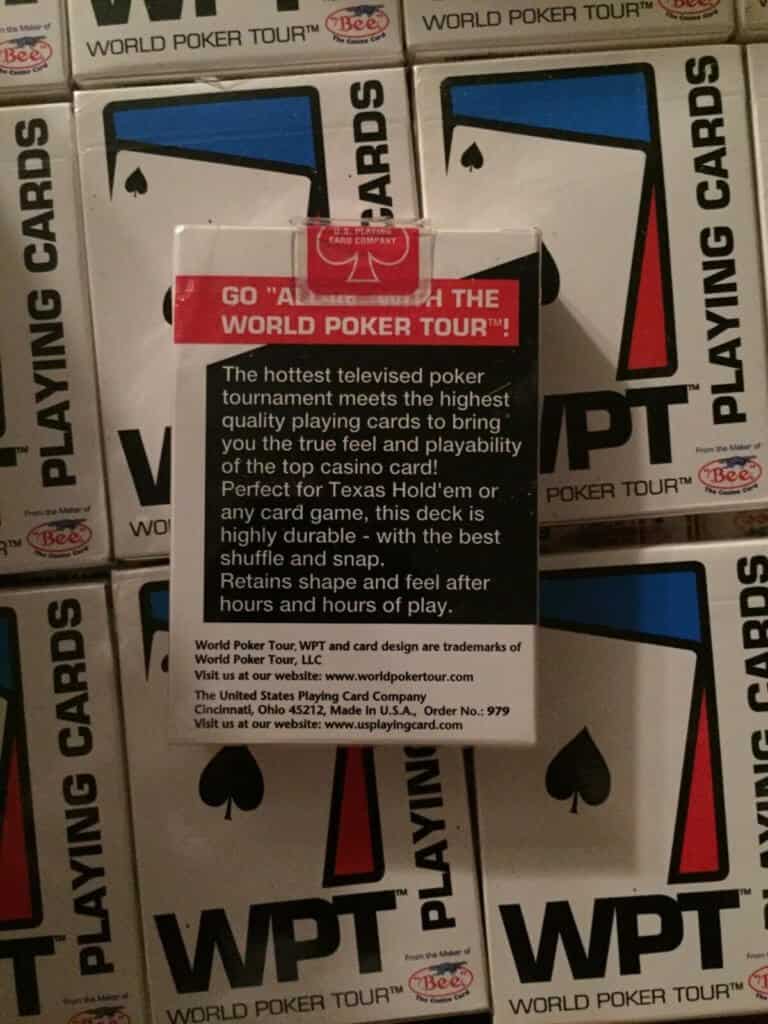 It was 2011, I was staying with a friend’s brother in Connecticut and found out that there was an old magic shop literally across the street from us.

When I walked in, there was an elderly gentleman behind the counter who welcomed us in the store and told us that if we were looking for anything, he’d be the guy to ask. After looking around, I found some Conjuring Arts Bee Erdnase decks and asked for the price. The man told me that the shop was closing soon due to his old age, and not finding a successor. His kids were not interested in continuing the shop and neither was he.

Long story long, he sold me a few bricks of cards and threw in an old, opened deck of World Poker Tour Playing Cards for free as “I was more into collecting cards apparently” then he was! Score.

When hunting on eBay, I found a seller who is offering these exact cards in bulk. New and in mint condition, by the 100’s!

These cards where not only available in white, but as you can see in the images above, also in black! And guess what… This seller offers both colors! 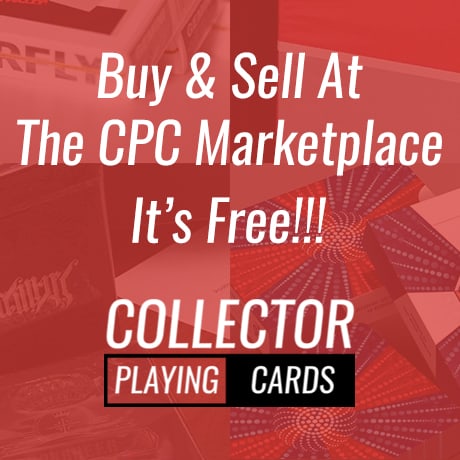